January 1, 2020. After the days of exploring the Falklands and South Georgia and the few intervening days totally at sea, I could hardly wait to touch down in Antarctica. This was the day!

Laurie Island, South Orkneys, Antarctica
Our first stop, by zodiac, was to explore some of Laurie Island in the South Orkneys. It was originally the site of a hut known as Omond House. It’s now the site of Orcadas Station, occupied year-round by Argentine personnel primarily as a bird hide and field refuge. We were warmly welcomed—they don’t get a lot of visitors! 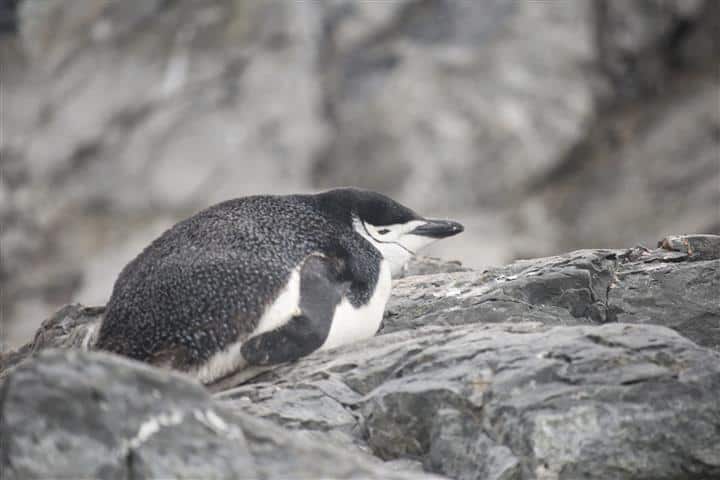 Chinstrap penguin watching us too!

and finally, an incredible sunset.

Some history: The Voyage of the Scotia
“Omond House was a building erected in 1903 on Laurie Island in the South Orkney Islands. It was built to house shore-based members of the 1902-1904 Scottish National Antarctic Expedition, led by William Bruce.”

“The house was named after Scottish meteorologist Robert T Omond, a strong supporter of the idea of making meteorological observations in Antarctica. It was built with over 100 tonnes of stone manually quarried then hauled on sledges from an adjacent glacial moraine.

“Its main purposes were to serve as a base for meteorological observations made at the nearby weather station, and as living quarters for small parties left behind both when the Scotia returned to Buenos Aires for repairs and supplies, and when she finally returned to Scotland.” Link here.

“In January 1904, Bruce offered control of Omond House to Argentina and which was later renamed the Orcadas Station. Link here.