A lot of history at Black Diamond 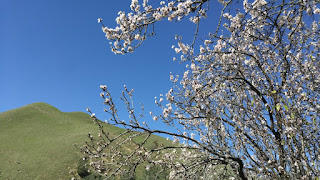 Black Diamond Mines Regional Preserve, which is near Antioch, can be a lovely place to hike. This early February day was just about perfect for another Nifty Ninety Peak hike — sunny, perhaps a bit on the cool and breezy side. Be forewarned it you consider doing it  mid-day in mid-July — it can easily reach into the triple-digits.

Our goal was to climb Rose Hill (not to be confused with a much more strenuous hike on the list to attain Rose Peak near Livermore). Rose Hill is only 1,506 feet in elevation, but we found that not all of the informal trails (vs. signed, official trails) to the top were created equal. We started out on a lesser trail and I had to turn back because of a couple of steep spots. I should have known better anyway, because “social trails” cause erosion.

We found a better trail a bit farther on; it had only a couple of slippery spots. I had my hiking poles, and was glad to have them because of the loose grit and occasional pebbles on the trail, but younger hikers probably wouldn’t need them.

From the 1850s to early 1900s, the chief activity in “Black Diamond” was coal mining  and there were several towns here — of which Nortonville, Somersville, Stewartville may be the best known. The miners, their families, and others lived here. When production costs and competition became too great and Americans found other sources of energy, the mining towns because deserted.

I’ve heard that some of the houses were moved downhill into what is now the city of Antioch and elsewhere; the wooden slats of the houses were numbered so that the houses could be more easily reconstructed in the new sites. Sand mining began in the 1920s and continued into the 1940s. Underground mine tours of the sand mines at Black Diamond are available with reservations. 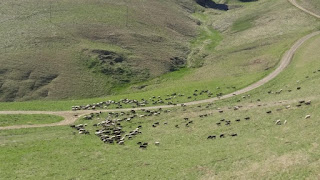 Today’s visitor/hiker is likely to see grazing sheep or cows that are used by the EBParks to help reduce fire hazard and increase plant diversity and help native plants.

On our hike, we saw sheep as well as ground squirrels and raptors. On other visits, we have seen coyotes, and mountain lions are known to frequent the area. 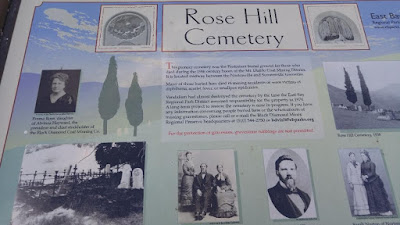 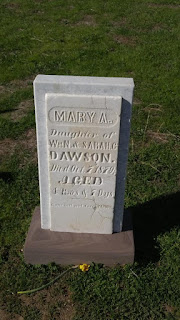 The park is 8,349 acres. Our hike was approximately 9,500 steps and 3.5 miles—including the false start up the hill. Most of the park’s trails are rated moderate to strenuous, but worth hiking to see not only views, wildflowers, seasonal streams, but also various mining features such as Jim’s Place and tunnels.

There is also a visitor center, a group and backpack camping area, picnic tables, and exotic vegetation to enjoy.