West Point Island
After our rewarding morning watching Rockhopper Penguins on New Island in the Falklands, we were eager to see more. The captain and activity leader continued to follow the weather reports and decided to keep us on the north side of the island group to find more sheltered conditions for taking out the zodiacs and for our landings.

We headed toward West Point Island for our afternoon’s adventure. The 5.67 sq. mi. island is on the north-west tip of West Falkland—a location that was judged to provide good protection from the prevailing winds (which incidentally reached 8, gale force winds, later that night). 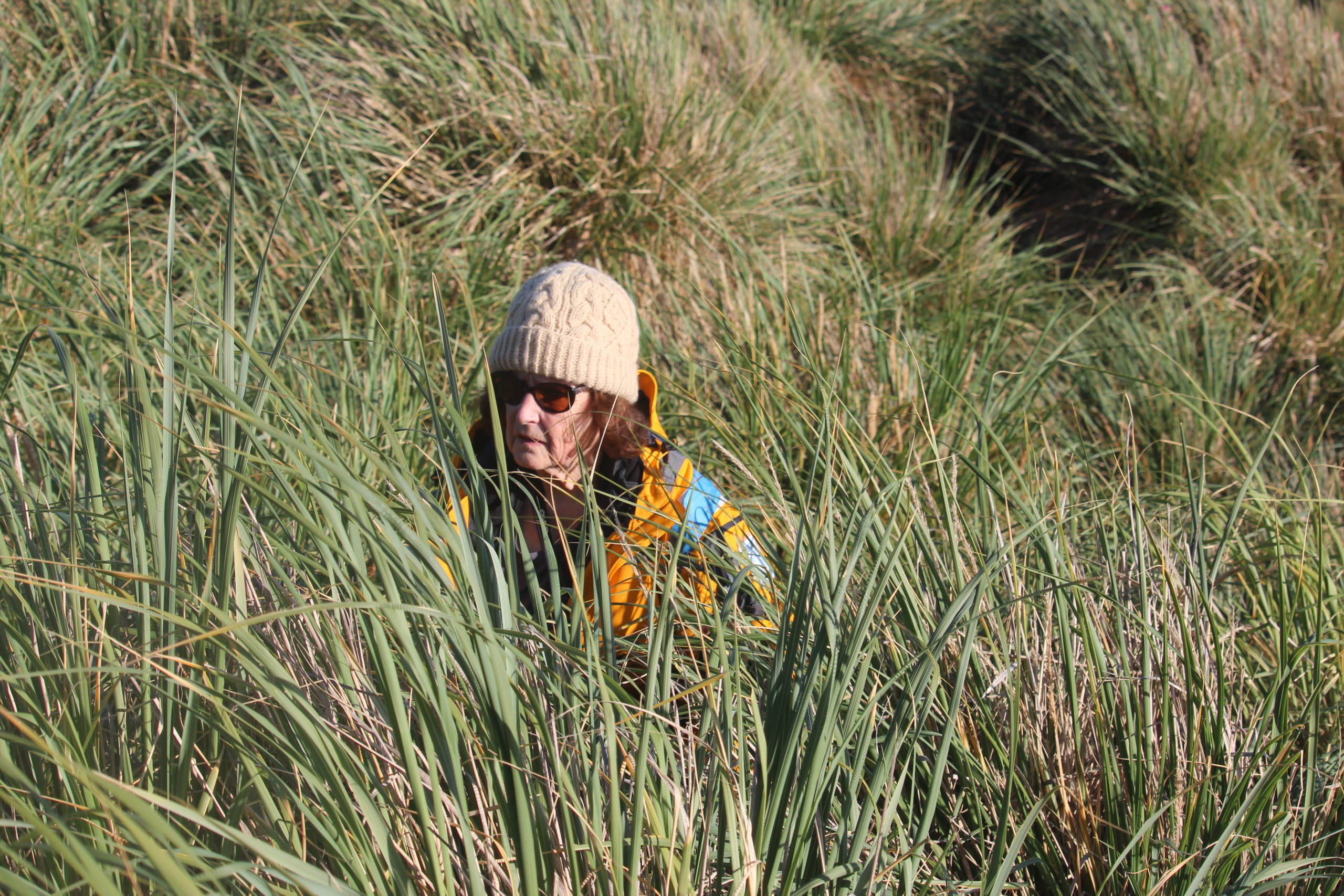 Landing
Once again our groups took turns going over to land and touring in the zodiacs because only 50 people were allowed  on the island at a time. When we were on land, we walked about a 1.5 miles to a rookery and again were mesmerized by the activities of the Rockhopper Penguins and the Black-browed Albatross.

Privately held island
Like New Island, the terrain here was largely grassland, but with the addition of large masses of bright-yellow gorse and eroded sandstone cliffs. It probably would not have been safe to veer off our designed trail, but I wished we could get an even closer look at the rock formations.

The island is privately owned, but we were able to look into and around the collection of old barns and other weathered farm buildings.

Stanley is the capital  of the Falkland Islands with a population of approximately 2,500 residents. It’s on the northern side of the island of East Falkland and is one of the wettest places in the archipelago. It’s a favored landing point (no zodiacs required) because it’s a unique British outpost. We were able to visit the small museum, a church, post office, and pub.

We also had time to walk up the hill into the residential area where we’d been encouraged to visit because the home had a front yard filled with statues of leprechauns. 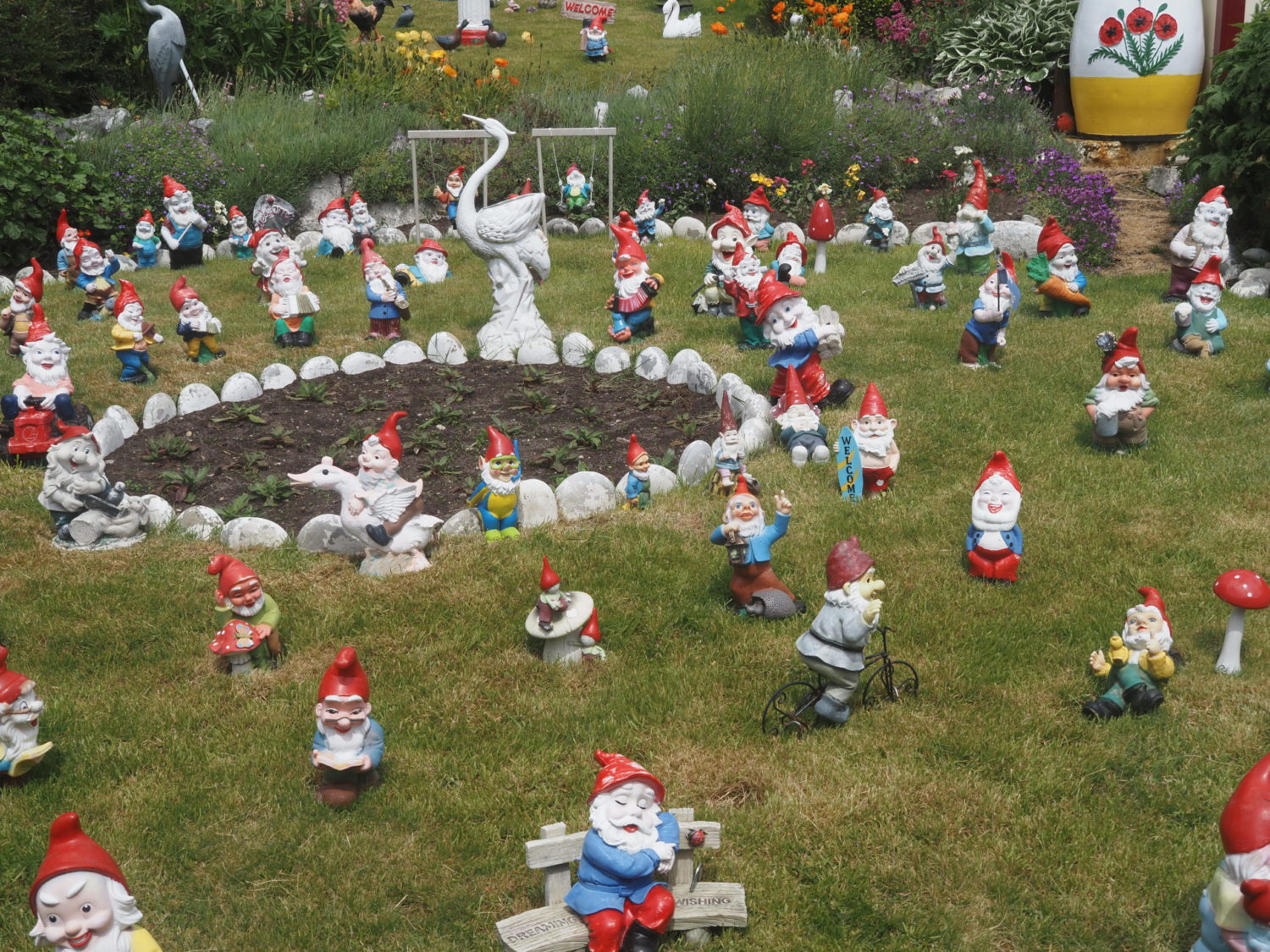 Later, back on the ship we had a crazy hat competition as part of the Christmas Eve party. Some very interesting hats were created out of whatever props the participants could come up with—penguins were a popular theme.

After spending Christmas Day at sea, our next stop would be South Georgia. The excitement in anticipation of seeing the wildlife there was in the air!