We were soon to land on South Georgia Island…
I hoped it would be something like the photos we had seen in travel brochures—it surpassed my expectations! 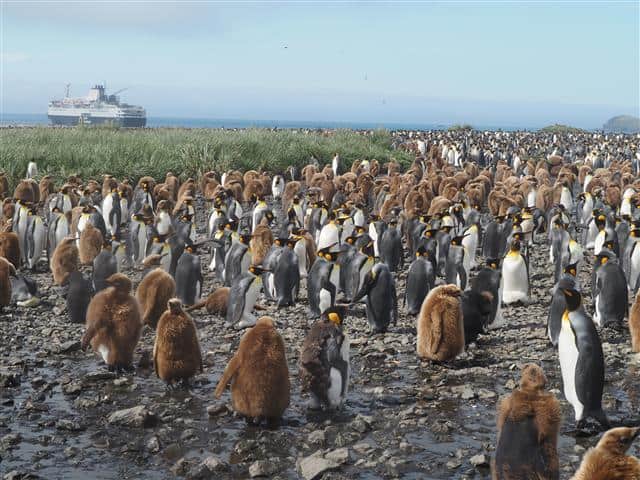 But back to where we left off in the previous post—at sea. After spending Christmas Day at sea, everyone was happy to see any land again. Shag Rocks, out in the middle of seemingly nowhere, had to do. Birders were happy, the rest of us could hardly wait to get to our first two stops in South Georgia—which we reached on December 27, 2020.

Once again our four groups took turns cruising around the islands and landing to view the wildlife. And what wildlife there was! The following pictures should be worth the proverbial 1,000 words. 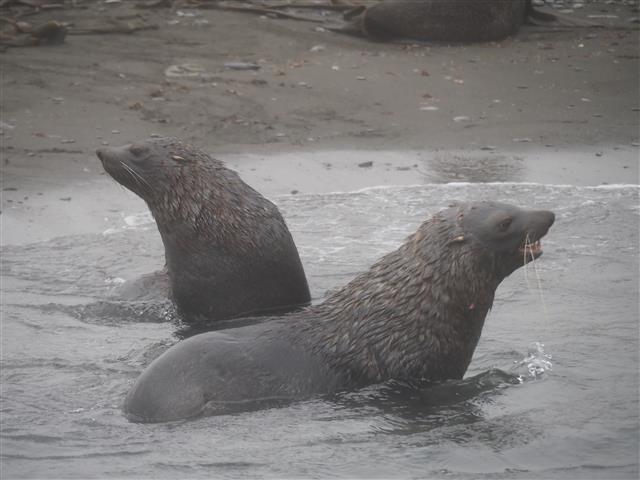 You really do not want to tangle with fur seals. We were told to watch each others backs in case of  aggressive behavior.

Fur seals have recovered from earlier days when they were widely hunted. 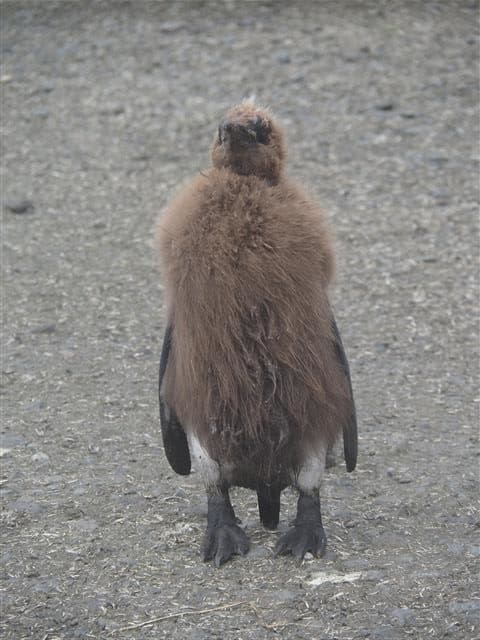 Early explorers thought these furry balls were a different species, but they are the young King Penguins.     More to come!